Tandoor was one of the earliest Indian restaurants to come to Vietnam and is still known
as one of the best. Tandoor was established in 1996 by two brothers from Bangalore
who wanted to bring the best of Indian cuisine to Vietnam. In 1997, they opened a second location in Ho Chi Minh City. Tandoor became known among Indians, expats, and local vietnamese as the destination for north and south indian cooking in HCMC and Hanoi.

To ensure quality, Both locations have multiple Indian chefs cooking classic indian
dishes daily. The experienced chefs present truely authentic flavors. Only using imported spices to create classic recipies with modern elegance, we pride ourselves on offering some of the best Indian food outside India. We hope you’ll make a reservation or just drop in to see the modern classic Indian cuisine we are serving. 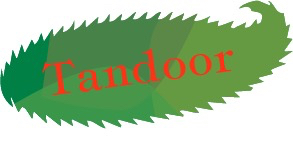